Apparently, wanting technology that was drafted in 1997 and finalised in 2011 to work properly in 2017 is asking too much. Pretty emails that work consistently across different clients are very hard to build. If your application sends transactional emails, this post is probably relevant to you!

Plain text will (unfortunately) get you only so far. Users expect a little more from email than simple text. But once you start getting involved in overly complicated things like background colours or even making text centered, you’re opening Pandora’s box. There is a plethora of different clients that all handle things differently. Some will respect CSS in the <head>, others won’t. Some will simply ignore all CSS. The only reliable way is to use basic HTML elements and attributes like it’s 1997 all over again. Also, table for layout is back in action for this wonderful task.

Obviously, writing markup manually for tables and repetitive styles like font-style, weight, size, family and so on would be way too tedious for anyone. If only someone had done all this work already…

Someone did! We’re saved! 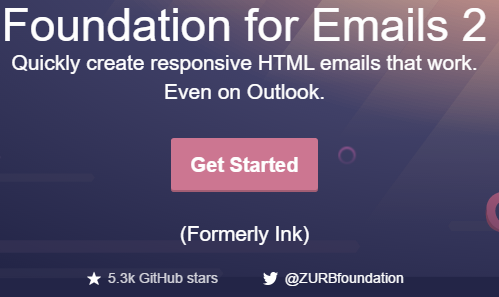 Zurb’s Foundation for Email requires NodeJS, which you probably already have installed if you do frontend development work. There’s a handy guide available for starting a new project. The framework uses Inky to write HTML like code that will then be transformed into actual HTML. Then, for a production build, it will also inline your CSS and minify your HTML. That means you can develop using regular CSS (event SASS in the default project’s configuration) with IDs and classes and whatnot so you don’t repeat everything at development time. Then for production, you get a cross-client compatible output.

Basically, you turn this 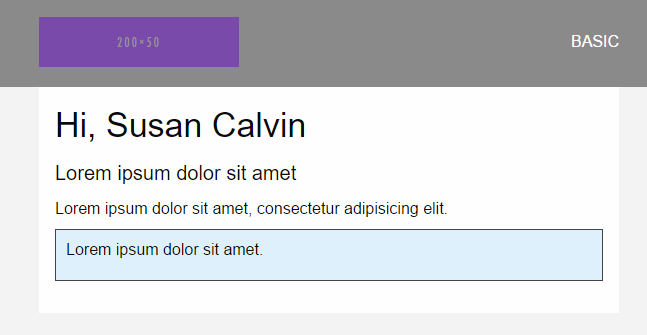 All this is styled using SASS and can be previewed and built in the browser with normal development tools like Chrome’s. The project template already supports BrowserSync which makes it even easier to write and see as you code.

The basic CSS template can be modified at will or used as is. You can then customise all your emails as you wish. Simply add a new html file and write away. I added a step in the gulpfile to copy my templates’ output from the Zurb project to my actual backend code. As I write the templates, they are automatically updated in my backend and I can test them out with my unit tests or by using the UI to actually send them!

I use RazorLight to fill out data in the templates, so I change the extension while copying them. It’s also why I replace @media with the Razor safe @@media.

In the end, I end up with good looking HTML emails that are filled with Razor and can be sent to any user with any email client!